In his four decades in law enforcement Kirk Puckett, director of community relations for the Alamance County, North Carolina Sheriff’s Department, has seen a sea change in the way that police interact with people who have mental illnesses in the criminal justice system.

“It used to be that police had two options, either arrest that person and take them to jail or send them to the emergency department if they didn’t violate the law,” he said. “Many times we may not even have recognized the person had a mental illness.”

But in 2015, Alamance County joined Stepping Up—a national initiative whose goal is to achieve a measurable reduction in the number of people in jails who have mental illnesses—and Puckett counts this decision as critical to the change he’s seen.

County officials soon set up monthly Stepping Up meetings between stakeholders such as the sheriff’s office, health department personnel, social service staff and the County Board of Commissioners to share information and devise a plan to tackle the issue of people who have mental illnesses involved in their criminal justice system. They followed up on these monthly meetings by establishing a larger task force that included judges, people working in the behavioral health field, and community providers. In addition, they hired two people as part-time coordinators of the county’s Stepping Up work.

While the Alamance County Stepping Up initiative was taking shape, the county was also awarded a Category 2 Justice and Mental Health Collaboration Program (JMHCP) grant in Oct. 2016 by the U.S. Department of Justice’s Bureau of Justice Assistance to engage in strategic planning for their law enforcement and mental health collaboration.

Using this additional funding, Alamance County was able to expand the reach of its Stepping Up initiative to include increasing the number of Crisis Intervention Team (CIT)-trained police officers as well as providing mental health first-aid training to detention and court staff, expanding a co-responder pilot program, and establishing a 24-hour diversion center where people can de-escalate, receive treatment, and get connected to services to have a better chance at breaking the cycle of recidivism and leading productive, healthy lives.

“Stepping Up and dealing with mental health instead of putting people in jail or sending them to the emergency department is the right thing to do,” Puckett said. “[And] the diversion center is a crucial piece of this because we’re not treating people short term, we’re treating them for the long term.”

“Every time that a law enforcement officer brings someone in and helps get them connected to services instead of taking them to jail, we’ve done one good thing,” said Huffman. “Before Stepping Up started, we were all siloed in our specific departments and never talking to each other. Now we have social workers going on ‘ride-alongs’ so that we know law enforcement and they get to know us. This personal connection makes them more likely to divert people for their behavioral health needs instead of taking them to jail.”

Since starting the Alamance County Stepping Up, more than 200 police officers have been CIT trained and more than 300 officers have received mental health first-aid training. Additionally, information sharing has increased across behavioral health and criminal justice agencies, strengthening the collaboration between law enforcement and behavioral health. Alamance County has also added two full-time officers who respond to mental health calls in the rural parts of the county.

More than 450 counties in 43 states, representing 40 percent of the U.S. population, have joined the Stepping Up initiative since its launch three years ago. To find out how your county can join, click here. Each year, roughly two million people with serious mental illnesses are admitted to jails across the nation. Join… 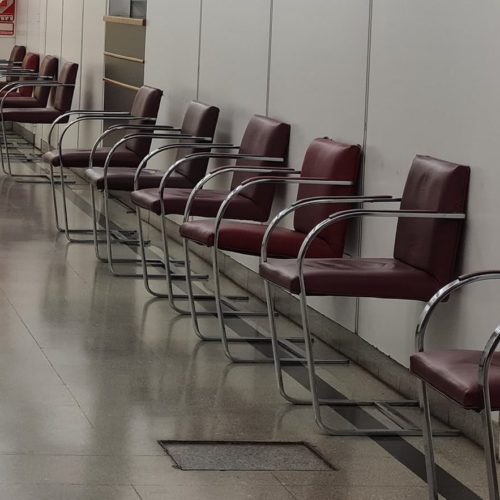 New Learning Community to Explore Person-Centered Justice in the Courts