Ayesha Delany-Brumsey
Director, Behavioral Health
Ayesha Delany-Brumsey oversees the Behavioral Health Division and its various portfolios, which focus on how parts of the criminal justice system intersect with the mental health, substance addiction, and homeless systems, among others. Before joining the organization, Ayesha was most
...
recently the director of Behavioral Health Research and Programming at the Mayor’s Office of Criminal Justice in New York City. Prior to that, she was the director of the Substance Use and Mental Health program at the Vera Institute. She received her PhD in clinical psychology from University of California, Los Angeles.
Read More
Risë Haneberg
Deputy Division Director, Behavioral Health
Risë Haneberg provides technical assistance to county systems improvement projects, the Stepping Up Initiative, and Justice and Mental Health Collaboration Program grantee sites. Before joining the CSG Justice Center, Risë served as the criminal justice coordinator for Johnson County, Kansas,
...
from 2008 to 2014. In that role, Risë provided staff support to the Johnson County Criminal Justice Advisory Council and facilitated the coordination of criminal justice-related activities for the District Court, the sheriff’s and, district attorney’s offices, the Department of Corrections, the Court Services Department, and the Johnson County Mental Health Center. Her work in Johnson County involved both the juvenile and adult divisions, and major projects included a Justice and Mental Health Intercept Project, Second Chance Reentry, the Juvenile Detention Alternatives Initiative, and justice reinvestment at the local level. Risë previously served as the chief court service officer of the 10th Judicial District Court in Johnson County, and began her career in criminal justice as a juvenile probation officer in 1979. Risë holds a BS in criminal justice from Wichita State University and an MA in public administration from the University of Kansas.
Read More
Alex Blandford
Program Director, Behavioral Health
Alex Blandford oversees and executes the CSG Justice Center's health policy portfolio and works to improve access to health care for people in the criminal justice system through federal, state, and local policy. Prior to joining the CSG Justice Center,
...
Alex was a project coordinator for the Institute for Evaluation Science in Community Health, which is housed in the Graduate School of Public Health at the University of Pittsburgh. As a project coordinator, she oversaw a variety of research projects, including one examining the Pittsburgh region’s emergency response to mental health crises, and another evaluating the region’s Crisis Intervention Team training for police officers. She earned her BS in psychology and BA in French from the Pennsylvania State University and her MPH at the Graduate School of Public Health at the University of Pittsburgh.
Read More
Hallie Fader-Towe
Program Director, Behavioral Health
Hallie Fader-Towe works with local and state policymakers to craft policies, processes, and programs that will work best for their jurisdictions. In her positions with The Council of State Governments (CSG) Justice Center she has worked with jurisdictions around the
...
country on collaborative, data-driven planning and implementation efforts to address criminal justice functions from initial detention through reentry, including a focus on individuals with mental illnesses. She has also managed the development of training materials on mental health courts and on judicial responses to the prevalence of individuals with mental illnesses involved with the criminal justice system. She has written on dispute systems design for state trial courts, pretrial responses to those with mental illnesses, information sharing between criminal justice and mental health systems, and mental health court design and implementation. Before joining the CSG Justice Center, she was a management consultant with McKinsey & Company in New York. Hallie received a BA from Brown University and a JD from Harvard Law School.
Read More
You might also be interested in 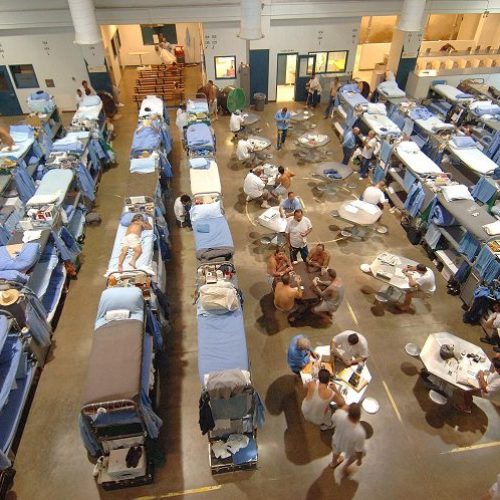