States across the country have reduced corrections spending by using a data-driven justice reinvestment approach and are investing savings in programs to reduce crime and recidivism. However, just as most people wouldn’t buy a house without first inspecting it to see if it needs extensive repairs and is worth purchasing, policymakers shouldn’t fund programs without periodically evaluating whether they’re in need of renovating and are worth investing in.

Upon review, many states find that the recidivism-reduction programs they are funding must be revamped in order to yield the results they seek. North Carolina and Idaho, for example, found it necessary to overhaul programs in which they were investing millions of dollars as part of their justice reinvestment efforts.

After North Carolina enacted justice reinvestment legislation in 2011, the state eliminated an outdated community-based treatment program for people on probation and replaced it with one that evidence shows is more likely to reduce recidivism. Previously, the state funded treatment and services using an outdated grant formula, and instead of prioritizing limited resources for people who needed them most, they provided services without regard for risk and needs levels; as a result, only half of the people who needed these services received them. In addition, the type and quality of services varied greatly, and there was so little impact data being collected that it was difficult to assess whether these programs were helping to improve outcomes for the people who participated in them.

Today, the state contracts with treatment providers to offer cognitive behavioral interventions and substance use treatment to people under supervision who have the greatest need for these services and who are at the highest risk of reoffending. When supervision officers identify probationers who meet the criteria for treatment, they are able to connect them directly to the appropriate services. The state also now requires treatment providers to adhere to stringent quality-assurance standards, collect data, and participate in program evaluations.

After Idaho enacted justice reinvestment legislation in 2014, the Idaho Department of Corrections (IDOC) requested an assessment by The Council of State Governments (CSG) Justice Center to determine whether the nearly $10 million the state was spending on these programs was maximizing the chances of reducing recidivism. The evaluation revealed that Idaho used risk and needs assessments at every decision point in the system, but they did not use assessment results to prioritize programming for people at the highest risk of reoffending. Instead, people of all risk levels were treated together in programs, which research indicates is an ineffective practice for reducing recidivism. Additionally, three-quarters of the program curricula being used were outdated or were no longer considered the most effective for helping to reduce recidivism, and Idaho’s therapeutic communities (TCs) used practices that research shows are ineffective.

After this analysis, CSG Justice Center staff recommended that Idaho provide more intensive programming for people at a high risk of reoffending, replace outdated program curricula with cognitive-behavioral programs more likely to reduce recidivism, and use the staff that IDOC recently trained to carry out evaluations of prison and community-based programs to monitor the quality of those programs moving forward.

Since that time, IDOC has begun to modernize its correctional programs, eliminating an ineffective set of program curricula and replacing it with a more streamlined approach that uses program models based on what research shows works to reduce recidivism.

It’s not easy for states to do a top-to-bottom evaluation of program effectiveness, but knowing that taxpayer dollars are being spent on programs that work and have the greatest impact on recidivism reduction makes the effort worthwhile. 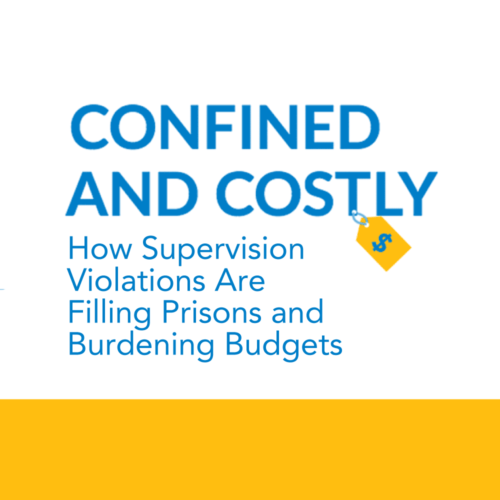