Michael P. Boggs, a Georgia Supreme Court justice, has been appointed chair of The Council of State Governments (CSG) Justice Center’s Advisory Board.

Justice Boggs previously served as vice chair of the board, which is composed of a bipartisan group of legislators, court officials, law enforcement executives, and state executive branch officials, all of whom have significant expertise related to public safety and health. Together, they guide the CSG Justice Center’s outlook and projects, including the National Reentry Resource Center, the Justice Reinvestment Initiative, the Stepping Up Initiative, and a forthcoming project centered on economic mobility.

State officials across the U.S. have used the findings and technical assistance provided by the CSG Justice Center to develop legislative efforts. For instance, Georgia integrated CSG Justice Center policy recommendations into legislation that the General Assembly unanimously passed in 2017 to improve sentencing and community supervision practices.

Congress has also worked closely with leaders of the board, drawing on recommendations from the CSG Justice Center to shape national policy. Justice Boggs has been instrumental to these discussions, having visited Washington D.C. numerous times to speak about public safety.

“We are thrilled to have Justice Boggs chair our advisory board,” said Megan Quattlebaum, director of the CSG Justice Center. “He is a recognized leader on criminal justice issues in Georgia and nationwide, and his experience and perspective as both a legislator and a widely respected judge has been, and will continue to be, invaluable to our work. We particularly value his deep understanding of the needs and opportunities that exist at the intersection of criminal justice and behavioral health.”

Justice Boggs was appointed to the Georgia Supreme Court in 2016 by former Gov. Nathan Deal. He was re-elected statewide without opposition in 2018. He began his public service career in 2000 as a Georgia state representative. In 2004 he was elected as a Superior Court judge for the Waycross Judicial Circuit where he served until 2012. While on the Superior Court, he founded and presided over the Circuit’s first adult felony drug court. Following his trial court service, Justice Boggs served on the Georgia Court of Appeals from 2011 through 2016.

Justice Boggs was appointed by former Gov. Deal to serve as co-chair of the Georgia Criminal Justice Reform Council from 2012 to 2018. Justice Boggs serves as a member of the Advisory Committee of the Council on Criminal Justice, a national criminal justice policy initiative, the Pew Public Safety Performance Project’s Jails/Pretrial and Community Corrections Advisory Council, and the National Center for State Courts Task Force on Fines, Fees, and Bail Practices. Justice Boggs also serves on various committees of the Supreme Court of Georgia, including the committees on Justice for Children and Access to Justice. 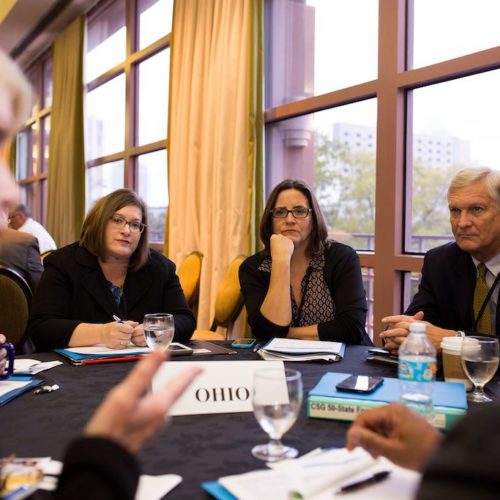