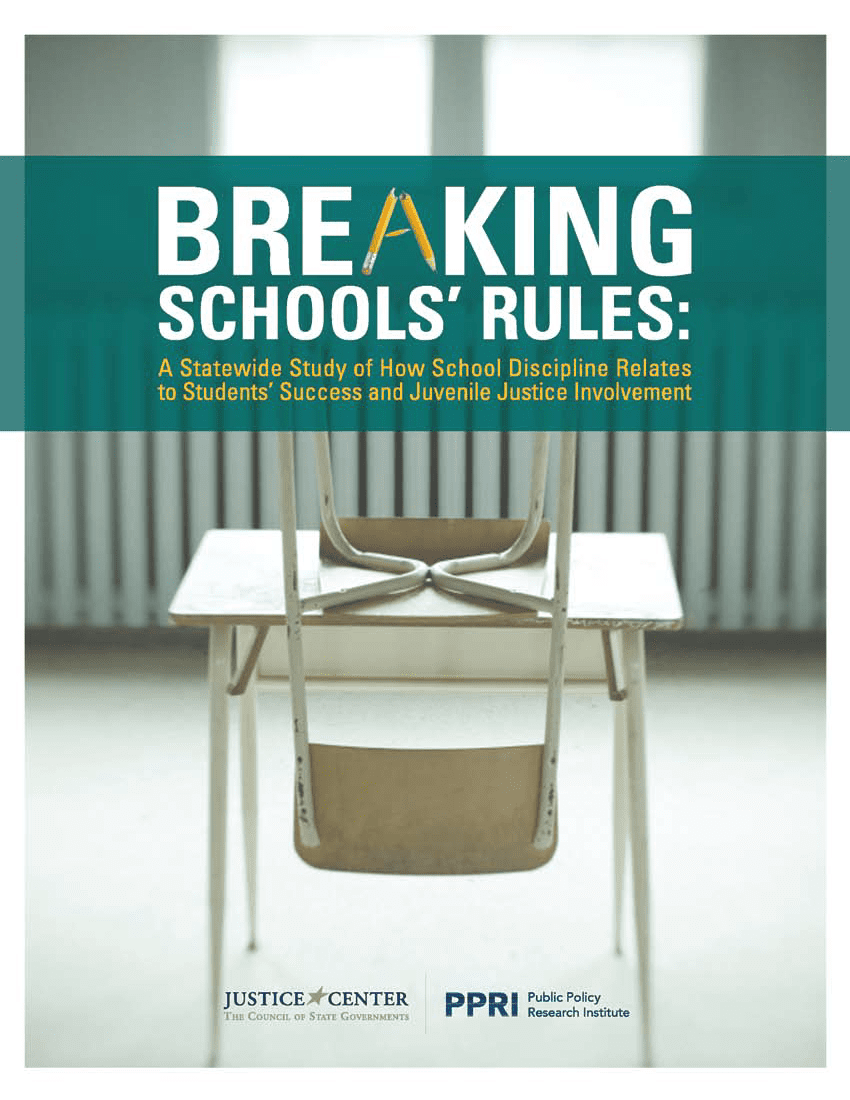 The CSG Justice Center, in partnership with the Public Policy Research Institute at Texas A&M University, has released a groundbreaking statewide study of nearly 1 million Texas public secondary school students, followed for at least six years. Funded by the Atlantic Philanthropies and the Open Society Foundations, this study found that when students are suspended or expelled, the likelihood that they will repeat a grade, not graduate, and/or become involved in the juvenile justice system increases significantly. African-American students and children with particular educational disabilities who qualify for special education were suspended and expelled at especially high rates.

Of the nearly 1 million public secondary school students studied, about 15 percent were suspended or expelled 11 times or more; nearly half of these students with 11 or more disciplinary actions were also involved in the juvenile justice system.